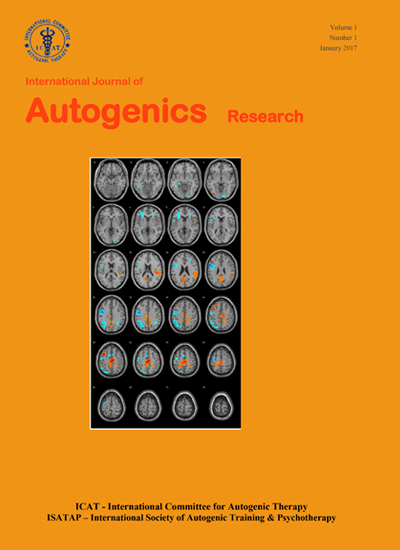 The Activation Principle in Relaxation

The principle of activation is not bounded and operates beyond categories and beyond scales.

The principle of activation applies to objective data as well as to subjective facts.

Therefore, this principle is well suited as a tool to analyze, compare, and to get in a body the scattered relaxation principles and practices.

With such remarks, it would be accurate to figure out the relaxation techniques, when their objective is therapeutic, as the "Activation Based Therapies".

In such a set, the autogenic activation stands in an essential position.

I am a Doctor of Medicine, in Porto Vecchio, Corsica, a French island in the Mediterranean Sea.

I had been most impressed by two facts: first, by this experience in which the body sensations, visceral and tonic, the affective disposition, and the cognitive activity interchanged or merged into the evanescence of time. Secondly by the fact that such a state had been made possible in the resonance of words from the instructor.

I appreciated such an experience as coming from the origin of the whole Creation, as I was breathed and pulsed, within this inner world of metamorphosis.

A few years later. The title of my doctoral dissertation was: “Biofeedback and its application to pain; the conceptual problem”.  As I did state that this interesting technique was in need of much more scientific evidence, the jury said that with the work I had done, it was my duty to practice Biofeedback.

I bought several devices and began to train patients, most of the time in the aim to repair emotional trouble associated to medical symptoms (usually attributed to a “stressful life”).

In the behavioural approach of Biofeedback, which was the major one at the time, I found my patients provided with a significant experience. But I felt like in a job of animal training. And not setting them in a motion of self-realization.

I then turned towards a justifiable autogenic Applied psychophysiology, addressing in most of the cases existential problems, in the medical setting. This frame is appropriate, when the patients progress in the ability to complete a more and more relaxed experience, to make them go back into the puzzle, in the deep inner perspective, thinking it over, in the weight of the body metaphors.

Involvement for years. Re-iterated round trips between the verbalizing of the patients, and the observation of the electrical reflection of their relaxation: my thinking over their unremitting tonic variation, this is why I found so much interest in the principle of Activation.

Activate means “make something act or start working”; it’s to start up, to switch on, to turn on, to set going, to energize, to vitalize.

But what does that word can bring, in the middle of relaxation? It could probably contribute to a best acknowledgement, since from the point of view of the Society, Relaxation is in the middle of a confusion.

Relaxation is largely considered to be a method to obtain wellness, which would be the final solution to an inescapable stressful life. The same word represents together four types of items: the purpose, the method used to achieve it, the body sensation and the unrivaled blissful state in which is immersed the person who experiences it.

At the same time, the scientific community is reserved about its objectification, and health authorities consider it weakly demonstrated, as if pertaining more to the world of leisure.

In professional circles, at its best, it is described as a mind-body management technique. But we know autogenic state, that such a split is a reduction that misrepresents reality.

For these reasons, the vocable "relaxation" is not the most suitable to represent the techniques which derive from the autogenic experience.

We cannot signify clearly in this way, and with the proliferation of knowledge around the relaxation techniques, we are close to be in the need of a multilevel integrative theory.

In contrast with the concept of relaxation, at its opposite, the principle of activation is more explanatory in our field: it is able to encompass the physical and subjective dimensions, and also to give account at many scales of knowledge.

The activation in action.

First, at the core: in the delimitation of the reticular formation of the brain-stem are gathered diverse neuro-chemical systems. These sets activate premotor functions, and module alertness, autonomic regulation, limbic emotional state with its facial expression, and cognitive prefrontal activity.

Our reference to the neuro-scientifical knowledge, could be no more than another vague rationale. But the principle of making active holds other interesting properties: it jumps over the size of processes and passes through categories. Activation is a multi-disciplinary word,

Processes of activation (or deactivation) operate from the cell level of ion channel, via gene activation, to the inner world, and up to inter-subjectivity.

That abstraction is relevant in relaxation techniques, but also in the knowledge development next to our domain. Some examples:

Pathways to and from thalamic nuclei also support important activation circuits; and  the reticular nucleus of thalamus is able to deactivate a number of firings.

Doctor Gómez-Utrero instructed us on the neuroimaging of meditation, and Professor de Rivera has shown us his imagery of activated areas, pointing toward an “autogenic activation network”.

What is the advantage that we can expect?

If we accept activation as being central, we have no embarrassment to match the knowledge from different range of experience: reports at first person, consensual clinical knowledge, scientifical facts, research hypotheses, including animal research. It is then possible to explore with an integrative model the autogenic state and its components, proprioceptive and visceral: respiratory, cardiac, thermal, and so on.

Around such an axis, it is more suitable to elaborate collectively, to test theorically the most improbable assumptions, and then to define weaknesses and ameliorate quality in the field of relaxation techniques.

Its application could foster the gathering of scattered techniques which share most, in the attention to the relaxed body. A set of “Activation based therapies” exists and deserves to be named. (Schultz, Feldenkrais, Gendlin, Caycedo, Relaxation Statico-Dynamique, Hungarian symbolic school of Relaxation, Vittoz, Biofeedback, Hypnosis, Mindfulness, Psychoanalytic relaxation of Ajuriaguerra, and so on… ). In each of these techniques, many different components are set in motion: we need to find out what is specifically activated by each of these.

This could also foster the description of any framework, in the aim to define for each patient a customized objective, and a personalized set of activations.

In the light of the activation principle, the Autogenic state stands in a specific place: if we try to define it, we find that it is a primordial state, an experience in the formless. What does such a state activates? Freed from external influences, the more the formless is reached, the more creativity and self-realization will expand.

For sure, self-realization is not at all an exacerbation of the ego, and, within that liberation lies the spring of the therapeutic effect.