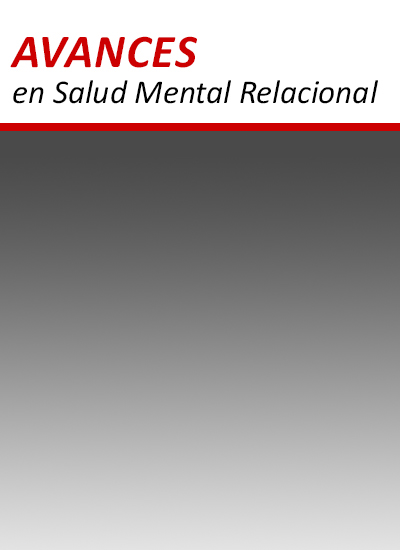 SUMMARY
Combined psychotherapy and pharmacotherapy is a very common treatment strategy as shown by the
data found by the authors in the surveys made in Spain and Switzerland, two countries with quite
different patterns of treatments utilization. The authors comment on the different possible
combinations of pharmacotherapy and psychotherapy. Pharmacotherapy can be combined with
individual or group psychotherapy, using a treatment team of two or three clinicians, either
psychiatrists, non-psychiatric physicians, or non-physician psychotherapists Efforts to include the
teaching of this procedure in resident programmes have yet to see parallel development.
KEY WORDS: Combined therapy. Pharmacotherapy. Collaborative treatment.

1. INTRODUCTION
With the great development of psychopharmacology in the last decades, it became apparent that
pharmacotherapy was a useful treatment for many psychiatric disorders; that psychotherapy could be
more effective in conjunction with psychopharmacological treatment, in many cases; and that the
combined use of pharmacology and psychotherapy gave frequently better results than the use of one of
these procedures alone (Lam et al., 2003).
In this article we shall present the results of a survey on the extent to, and the conditions under which,
combined treatment is used in the clinical practice of Spanish psychiatrists, the advantages and
disadvantages of combined psychotherapy, and the problems arising in collaborative psychotherapy. We
shall finally give some recommendations on how to overcome these difficulties.
2. METHODS
A telephonic survey was made in Spain in may 2009 to a stratified sample ( INFOBEL data base) of 807
psychiatrists established either in private practice or working in the public sector, by means of a
questionnaire. The number of completed questionnaires was 252 ( Em =±5,1%, level of confidence 95%
), which came from psychiatrists giving information on the different types of treatment they utilised and
they are included in this analysis. We also obtained also 101 questionnaires coming from residents in
Psychiatry but we do not include their data in this article. The questionnaire was mainly concerned with
psychiatrists' professional activities (including work setting, time spent on different activities, and
clinical practice) and their theoretical orientations, areas of interest, and representations of psychiatry.
The overall results of this survey have been presented elsewhere (Guimón & Chouza, 2009). Here we
summarise the data concerned with the combination of pharmacotherapy and psychotherapy.
Most Spanish psychiatrists adhere to a mixed (biological and psychological) orientation (52, 8%) with
preference to a biological (18,3%) or psychological one (22, 6%). The theoretical orientation of the
Spanish residents in Psychiatry is becoming progressively more biological (fig 1).
Fig. 1 Theoretical Orientation of Spanish Psychiatrists

When asked about the different therapies they used, 76,6 % of Spanish psychiatrists indicated that they
practised combined pharmacological and psychotherapy treatment. Combined treatments thus ranked
first among individual therapies, before psychotherapy (17,1%) or pharmacotherapy alone (5,6%)
(Figure 2).
Fig. 2. Frequency of Different Forms of Treatment (Spain 2009)

Most Spanish psychiatrists (85,5%) doing combined therapy administer both treatments by themselves
and some do (12,4%) collaborative treatments (fig. 4).

when pharmacology is undertaken in parallel with group psychotherapy. Finally, under inpatient and
`half-way' conditions, a `multiple treatment setting' is the rule, featuring a wide variety of professionals
involved in different activities. Clearly, these multiple combinations give rise to different technical
problems, which should be addressed with particular strategies.
Both the two and the multiple -treater model , as well as the single-treater model have a set of
advantages and disadvantages (Gabbard, 2007) However data seems to favor the one-person
treatment model in which a psychiatrist conducts the psychotherapy and prescribes medication for the
same patient (Gabbard, 2007) .
For many years, the combination of psychotherapy and pharmacotherapy was considered a difficult
undertaking, and even inadvisable. Medication, it was believed, could facilitate resistance, since by
diminishing anxiety and symptoms intensity, the motivation for psychotherapy was then less apparent.
Although the ranking of activities found in in Spain was very different than that obtain in our studies in
Switzerland (1998, 1999, ,2003) combined treatments ranked first among therapies, before analytically
inspired psychotherapies short-term psychotherapy or pharmacotherapy alone, for example. Combined
psychotherapy is most frequently carried out by the same clinician (single-treater model).
3.2. Advantages and disadvantages of combined treatment
In combined treatment, transferential issues arising in psychotherapeutic treatment can produce a
negative effect on the pharmacological treatment, leading to non-compliance or to negative placebo
effects. An alternative strategy (Beitman et al., 1984) is, in consequence, collaborative treatment among
two or more different clinicians (two-treater or multiple­treater model). Among the advantages of this
approach, there is a sense of relief for the therapist based on sharing the burden of difficult patients
(Balon, 1999). Patients, on their side, usually report a greater sense of containment and better tolerate
the occasional absences of one of the clinicians. It is, however, well known that transference and
counter-transference issues can seriously deteriorate collaborative treatment (Busch and Gould, 1993. A
great number of coalitions take place among the three sides of the triangle, with side-taking,
competition, envy and jealousy (Kahn, 1991).
Problems arise mainly when communication among therapists fails and when each of them wants to be
the `favourite parent,' a situation that leads to therapeutically destructive power struggles. For example,
some psychiatrists are accustomed to being the primary therapist and feel narcissistically injured by
having to share power, believing that their approach is the superior one. Apart from the type of
profession, intergenerational differences can add to the difficulties. Under these circumstances, patients
can be transformed into narcissistic objects.
A particular risk for the therapist resides in the temptation to collude with the patient's negative
transference due to projective identifications and splitting. Because of this last mechanism, a
polarisation of good and bad feelings results in some members of the treatment team being perceived
as `totally good' (the longed-for, idealised parent) and others as `totally bad' (the authoritarian parent,
an intruder in a previously harmonious relationship).
If triangular relations are usually difficult, the collaborative group psychotherapy and pharmacological
treatment creates additional problems because they tend to elicit rivalry among some members,
stigmatisation of others, and other group phenomena.
`Multiple treatment settings' (in hospitals or day centres) have many advantages because the
therapeutic relationship between staff and patients with a severe pathology makes for a potentially very
positive environment where re-enactments of internal object relations can be interpreted. The
therapeutic team offers itself as an alternative family able to provide a corrective emotional experience,

which can help the patient, as was conceptualised by Adshead (1998) in terms of attachment theory.
However, therapeutic teams do not always behave as an ideal family. Certain manifestations signal
negative counter-transference reactions, such as inappropriate restrictions applied to the patients,
some pejorative terms applied to certain patients and so on. On the other hand, external demands of
the system such as the pressure of insurance companies, poor leadership, boundary violations and so
on, can deteriorate the therapeutic milieu.
3.3. A particular case: non-compliance
Cramer and Rosenheck (1998), in a review of the literature, found that the mean compliance rate for
patients with physical disorders was 76% (ranging from 60% to 92%), whereas psychiatric patients
receiving antipsychotics had an average compliance rate of 58% (ranging from 24% to 90%). In fact,
other studies have shown that up to 40% of schizophrenic patients abandon medication during the first
year, and that 24-63% of outpatients take less antipsychotic medication than prescribed. According to a
review of the literature by Jamison (1984) concerning tricyclic antidepressant drugs, the non-compliance
rates reported ranged from 32% to 76%. However, they decreased appreciably when medicinal
treatment was accompanied by psychotherapy, in which case non-compliance dropped to 10 - 32%.
Reluctance to take medication can be linked to numerous factors (Guimón et al., 1999). It might be a
consequence of both real side effects and negative attitudes, giving rise to a `placebo side effect' in the
form of adverse symptoms that cannot be explained pharmacologically. These manifestations frequently
derive from a particular meaning the patient attaches to the drug, from characterological resistances,
and from transferential responses of the patients.
As Goin (1999) points out, patients who are not psychotic are especially likely to provoke uncomfortable
reactions in psychiatrists, because their psychological pain is often more disguised and their
psychopathology is more obscure. On the other hand, an ego-syntonic sense of grandiosity and denial of
the illness (anosognosia) are frequent in non-compliant psychotics. It is easy, in the case of such
patients, for the clinician to see that there is nothing `personal' in the resistance or reluctance to take
medication, although it is not uncommon to feel a surge of anger when they sabotage the psychiatrist's
recommendations. But as Goin observes, when we move up the diagnostic ladder to neurotic or
borderline patients, we are more likely to personalise patients' reactions.
Secondary gains are a frequent cause of resistance, making patients `cling to their symptoms' when
treated. Some patients reject medication so as not to admit that they are really mentally ill. In many
patients, unconscious parental transferences are activated by the prescribing psychiatrist.
In any case, clinicians' negative countertransference can affect medication decisions, such as the dose or
the frequency of patients' visits, making the clinician either unnecessarily or excessively protective.
Psychiatrists' reactions may frequently include insistence on authoritarian methods. Some even
threaten to discharge patients from treatment, accepting its interruption just to show the patient how ill
he or she may get.
3.4. Some recommendations on how to overcome these difficulties
Splitting, which is more frequent in borderline and psychotic patients, can be prevented by open
communication among all parties and when therapists share a basic belief system--including an
agreement regarding which treatment works for which aspects of the patient's psychopathology.
However, communication is frequently difficult, especially when the therapists do not work in the same
place. For private practitioners, communication is frequently hampered by the fact that it is not
reimbursed by third-party payers. Some problems of confidentiality can also deteriorate
communication, but in any case, a patient needs to be aware that communication exists between the
different therapists and that even sensitive information must be shared there is a risk of putting the
patient or others in danger (for instance, homicidal or suicidal desires).

Finally, in dealing with non-compliance, therapists have to remember that reluctance is especially
conditioned by the affective aspects of attitudes. Public campaigns do not easily change attitudes, but
some studies (Guimón et al., 1993; Guimón, 1995; Eguiluz et al., 1999) have shown the efficacy of group
techniques in the modification of their cognitive, affective and psychomotor components, thus leading
to better medication compliance and clinical evolution. In fact, the group format is optimal for facing
transferential problems because transference in groups spreads horizontally. Masochistic attitudes are
also best interpreted by the other members in a group setting, thus avoiding the resistance to accept
therapists' (parental) interventions.
In conclusion, combined psychotherapy and pharmacotherapy is a common treatment strategy. We can
even predict that with advances in both biological and psychological research, combined treatment will
become universal. An effort should be made to prepare psychiatrists, general practitioners and nonmedical psychotherapists to face the difficulties involved in this kind of approach--something that is
currently sorely lacking.